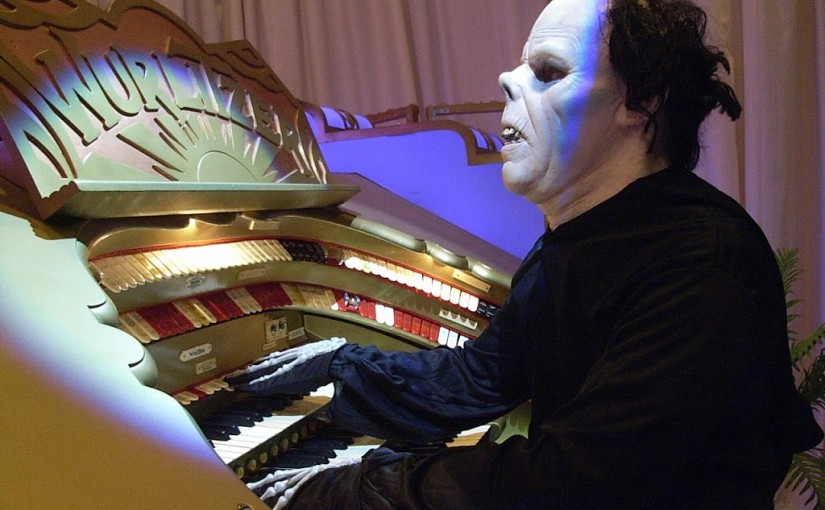 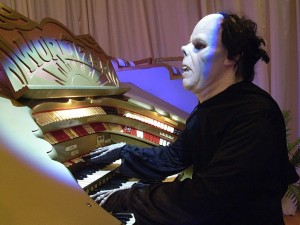 The Phantom is getting some practice in for Sunday’s screening of The Phantom of the Opera with live Wurltizer accompaniment. You may have been expected Organist David Gray  on the keys but who knows the Phantom may put in an appearance? Or will he will lurking behind the curtains at Pollokshaws Burgh Hall? Or selling icecream? Or even manning the Nom Nom Popcorn stall? Or selling tickets on the door?

Of course, he will definitely appear on the big screen with Lon Chaney as the Phantom in the 1925 silent classic The Phantom of the Opera, at this special Glasgow Film Festival screening in association with Southside Film Festival. Doors 7pm. Film & music 7.30pm, Sun 26 Feb More info/book tickets