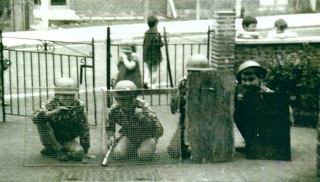 
Where once stood a row of houses shared by Protestants and Catholics now stands Belfast’s biggest peace-line, a wall of a million bricks, separating them.