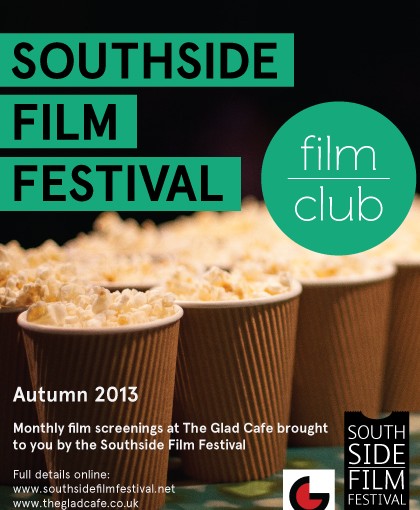 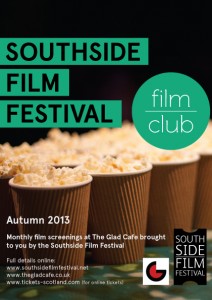 We’re delighted to announce that film club is back for Autumn 2013!

Here’s the line up for our 5 core Film Club screenings at the Glad Cafe and we have a couple of other screenings planned, details of those will be announced soon.

In October, on Tuesday 8th we’ll be showing Swedish horror film Let the Right One In/Låt den Rätte Komma In.

For November, there’s a chance to catch the brilliant performances from Michael Douglas and Matt Damon in Behind the Candelabra on Tuesday 5th.

In December, there’ll be two screenings one on Tuesday 3rd In Bruges and on Sunday 15th something for the kids with The Pirates! In An Adventure with Scientists!

Tickets will be on sale soon – keep an eye out for details. Once they are available you can buy them online from Ticket Scotland and in person at the Glad Cafe and on the door.

The Southside Film Festival in partnership with The Glad Cafe has run a successful film club since October 2012. Our monthly films are screened in the great space at The Glad Cafe on a Tuesday evening at 8pm, with one kids matinee screening per season at 4pm.