In 2001 the last cinema in the Southside of Glasgow closed its doors. Ten years later, in 2011, Southside Film was launched to bring film back to the Southside. Southside Film now screens films and hosts film events year round across numerous venues.  Wherever we can put up a screen, we will! 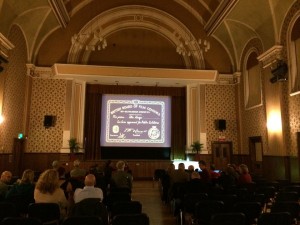 Southside Film has the following aims:

Southside Film is managed by a team of volunteers and is a Community Interest Company (CIC) registered in Scotland, company no 418100. The current company directors are Karen O’Hare and Kirsty Kyle who is also the Treasurer. Emma Sweeney is the current Secretary and Antonia Bruce the current Volunteer Coordinator.

Southside Film is volunteer run and all of our income from screenings or events goes back into providing free or affordable film screenings and events for the Southside community. If you would like to donate to Southside Film then please get in touch with us by emailing southsidefilmfest@gmail.com 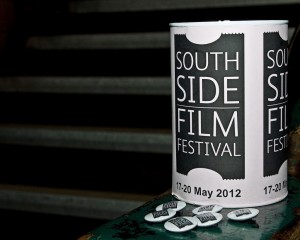 Southside Film is a member of Film Hub Scotland.