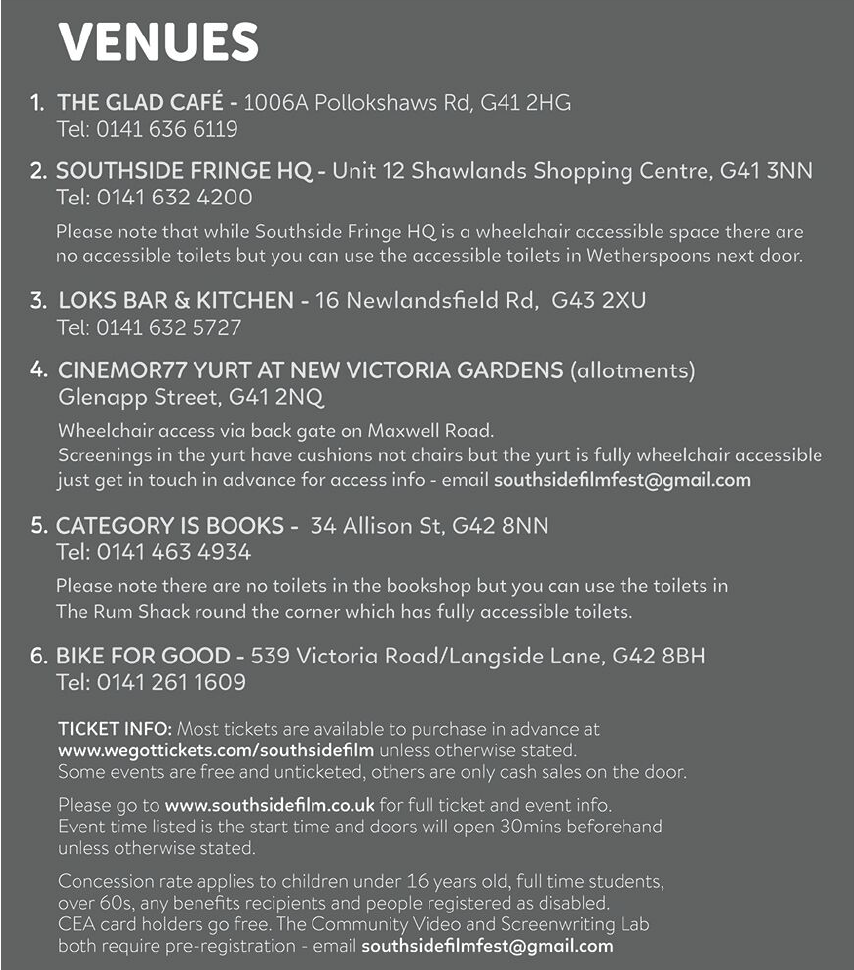 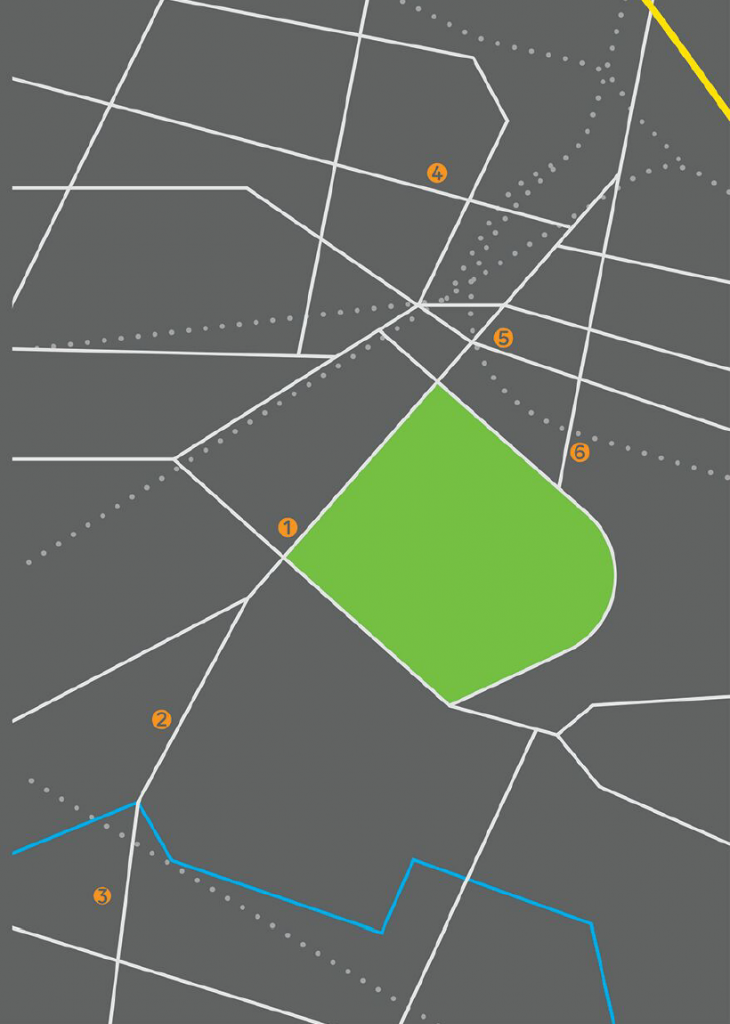 What makes Southside Film unique is the fact that there is no cinema in the Southside so films are  screened in non cinema spaces and audiences watch films in places where they will least expect it.

We have screened all over the Southside (Battlefield, Cathcart, Castlemilk, Crossmyloof, Gorbals, Govan, Govanhill, Kinning Park, Langside, Pollokshaws, Pollokshields,  Queens Park, Shawlands, Strathbungo, Toryglen) and we work with lots of local venues to bring film out into the community.

So far we have screened in a boat shed in the park,  a tent at Pollokshields Playhouse, a scout hall, an empty swimming pool  (Govanhill Baths), an old church (St Francis Centre), a school, a night club, a couple of bars (Rum Shack & The Bungo), a couple of local libraries (Langside & Pollokshaws), a camera club, an allotment, a garden, an art gallery in the local shopping centre (Art Village), Tramway, a couple of museums (The Burrell Collection, Scotland St Museum), in a National Trust country house Pollok House,  Kinning Park Complex, Castlemilk Community Centre, The Pearce Institute, Toryglen Community Base, The Glad Cafe, The Glad Foundation… you get the idea, wherever we can put up a screen, we will.

The Southside of Glasgow also has the last remaining Wurlitzer Cinema Organ in Scotland at Pollokshaws Burgh Hall so we also screen silent cinema there with live musical accompaniment on the Wurlitzer in partnership with SCOT (Scottish Cinema Organ Trust).

All of our screening venues are wheelchair accessible.

Thanks to all of our screenings in the Southside of Glasgow. If you are interested in screening some films in your Southside space then get in touch by emailing us at southsidefilmfest@gmail.com 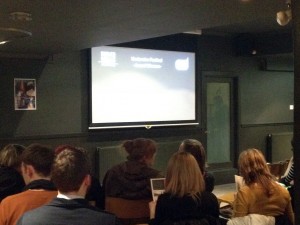 Audience ready to watch short films, The Bungo, May 201 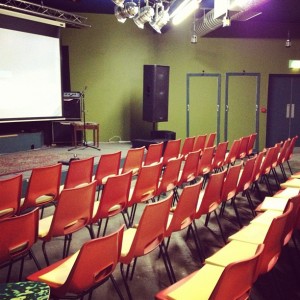 Seats ready for an audience at The Glad Cafe, May 2014 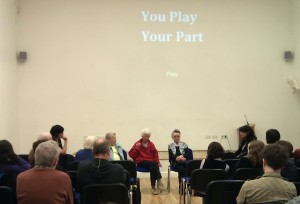