Hello one and all, my name’s Kenny and I’m the newest volunteer to the Southside Film Festival for 2013. I deliberated on whether to start off with a bad movie quote or pun, but I’ve opted for the more sensible option (even though I’ve told you what I was planning anyway, DARN!)…..

My route into working as a volunteer at the festival has been a unique one. I studied Sociology at university, which by the end felt like I was watching Beverly Hills Cop 3 on repeat, which isn’t a good thing. I then did a postgraduate course in Broadcast Journalism and started a career in television which was a lot of fun. I worked on various TV shows from ‘The Hour’ on STV to quiz shows like BBC’s Eggheads, researching and helping out before coming to the realisation that film was my passion and that’s where I wanted to focus myself. After pleading with the lovely organisers of the Southside Festival to let me be involved, they have opened their arms and accepted me as one of their own. There’s a real community feel to the group of people that are working so hard and passionately to make the festival enjoyable for you guys and gals coming along as well as the staff that will be working throughout the weekend of the festival.

I’ve lived in the southside a few times throughout the years and I feel like this festival is one of a few times during the year where the southside can embrace and celebrate its community spirit. For one weekend, you don’t need to get the First Bus to Cineworld or hop on the Subway to The Grosvenor, instead you can experience great film in your own back garden. Not literally of course, but you get what I mean.

We’ll be updating the blog regularly between now and the festival so you can get all the inside scoops on what’s happening with the festival and maybe a sneak peek into what the volunteers are getting up to in the lead up to the big weekend.

Also, we’re starting to get the programme out into the community so keep an eye out for a copy and see what’s on – or you can just check it out from the comfort of your own sofa, online here.
If you’re a social media lover then make sure and follow us on Twitter (and get involved in all the chat using the #southsidefilm hashtag) & ‘Like’ us on Facebook to keep up-to-date with all things Southside.

Hi everyone, I’m Selcuk and like Laura, this is my first year working at the festival. It’s less than a fortnight until it all kicks off and I hope you’ve had a chance to browse through our programme and pick what events you’re coming to.
Myself and a few of the other volunteers have grouped together to make a couple of shorts for you that will showcase some of the venues being used at this years’ festival, namely Scotland St School Museum, Govanhill Baths and the grand Pollok House (as well as others). Below is a photo of us filming the charismatic (and slightly scary) heedie who, before this photo was taken, had us doing star jumps and marching on the spot – screeching out that we were the worst pupils he had seen in years!

Hello folks, Laura here! I’m one of the new volunteers with the Southside Film Festival & I’m here to tell you all how super-excited I am to get involved with all the goings on in 2013.
Having studied Film many moons ago, worked in events & volunteered with various other film festivals, I’ve now made a complete U-turn and been working in a completely unrelated field . My love for film however, has never waned – I’ve been keen to get back involved with the industry in some respect and the Southside Film Festival has offered a wonderful opportunity to work alongside some of the most amazingly talented & passionate film fans this side of the Clyde. I have been absolutely bowled over by the enthusiasm of the team of volunteers I’ve met so far who are offering up their time & skills to get involved and help bring film back to the Sou’side .
That very distinct Southside community feel seems to have filtered through into the organisation process so far with everybody mucking in & working hard to help make the 2013 festival  a huge success.
We’ll be looking to update the blog as often as possible over the next few weeks with all the goings on from behind the scenes in the lead up to the festival, so keep checking back to see what kind of fun we’re all getting up to.
In the meantime, keep yer peepers peeled for a copy of this years programme which we started distributing in & around the southside yesterday – you can also check it out online here.
Don’t forget to follow us on Twitter (and get involved in all the chat using the #southsidefilm hashtag) & ‘Like’ us on Facebook to keep upto date with all things Southside.

We have given our website a bit of a facelift which is now live and we’ll be adding information about the plans for the 2012 festival to it in the future.

I’d like to point out that the website is best viewed in Google Chrome, Firefox or Internet Explorer 8. Some elements will not display correctly in IE 9 but this can be corrected by using the compatibility view. 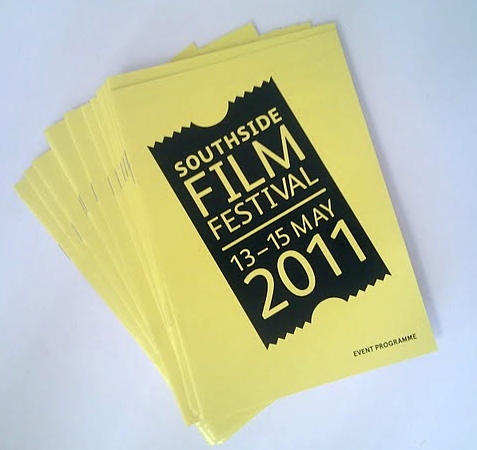 After the volunteering meeting on Thursday we all went away with batches of the freshly printed programmes and they have been distributed around the Southside and further afield this weekend. 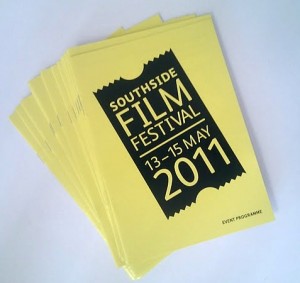 You can’t fail to spot them with their bright yellow covers and you’ll find them across the Southside including the following places in particular: 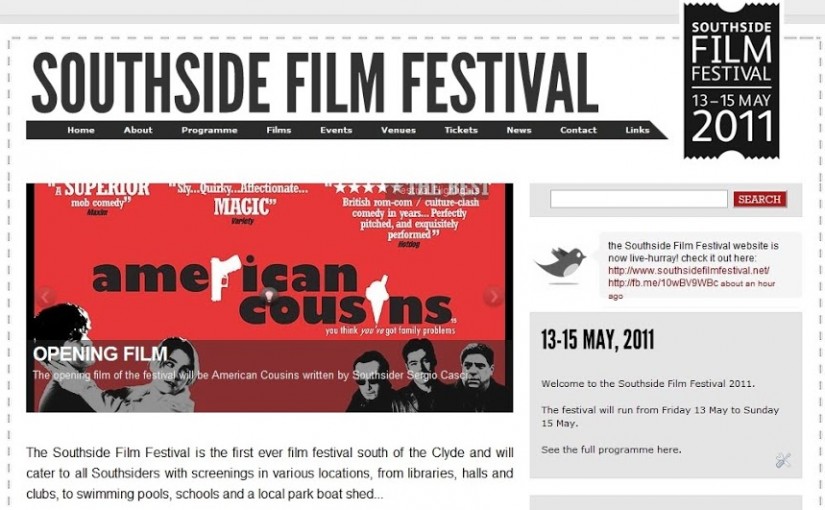 After lots of clicking and checking and going square-eyed over html code the website* is live! 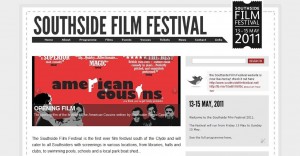 The website has the finalised programme information on it and the printed programme to download. Now that we have the website, that is where all the official information about the festival – its films, events, venues and tickets can be found.
What does this mean for the blog? We’ll still be posting news and updates about the festival but will also post more about the behind the scenes work in the countdown to the festival (less than 10 days to go!) and hopefully blogging live over the weekend.
*NB – the website looks best in firefox or chrome where you can see the snazzy photo slider we have on the home page which unfortunately I can’t get to work in Internet Explorer which has a lot to do with the fact that I’m an archivist not a web designer…